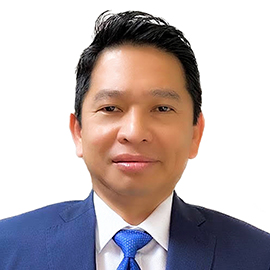 Michael Cao co-founded Bitech with Mr. Tran and has served as a director of the company since its inception in January 2021.

Mr. Michael Cao has been engaged in the development of businesses various industries with concentration in cryptocurrency mining, blockchain, cleantech, and healthcare including sale and financing transactions. From June 2019 to December 2020, Mr. Cao had been collaborating with Mr. Tran in sourcing and conducting due diligence on the Tesdison technology including the ultimate licensing of that technology to Bitech. On April 2017, Mr. Cao co-founded iRide Tech Corp. (“iRide) where he served as its Chief Executive Officer and chairman of the board of directors until May 2019. iRide developed ride sharing technology built on the Ethereum platform to disrupt the traditional ride-sharing industry using the power of decentralization. iRide’s assets were acquired by iRide.io Tech PTE LTD. in May 2019. Mr. Cao oversaw the development of iRide’s technology platform and was instrumental in its sale of assets.